In 1967, a landmark exhibition of “Funk art” opened at Berkeley’s University Art Museum, featuring works by Northern California artists ranging from Bruce Conner, Peter Voulkos and Jim Melchert to William T. Wiley, Robert Arneson, Roy De Forest and David Gilhooly. In the exhibition catalog, curator Peter Selz painted the Bay Area as a “sweet land of funk,” writing that: “In the current spectrum of art, Funk is at the opposite extreme of such manifestations as New York ‘primary structures’ or the ‘Fetish finish’ sculpture which prevails in Southern California. Funk art is hot rather than cool; it is committed rather than disengaged; it is bizarre rather than formal; it is sensuous; and frequently it is quite ugly and ungainly.”

The notion of “Funk,” however, was controversial from the start, as many of the exhibiting artists sought to distance themselves from the designation. At a symposium held to mark the exhibition’s opening, artists registered their dissent in radical ways—one poured a glass of water over their head, while another responded to Selz’s questions by launching a shoe into the audience. In their view, the art on display was too diverse to fit under such a restrictive label. Conner, for example, vociferously rejected the assertion that his funky assemblages, produced in the late 1950s, were part of a coherent school of “Funk.”

The history of art in Northern California is more textured and varied than the simplistic term “Funk” might suggest. This exhibition explores the history and limitations of the descriptor. If the history of Bay Area art cannot be understood as the product of a coherent school of “Funk,” how should it be understood? What common attitudes or themes connected the broad array of works produced in the postwar period? How should we understand the legacy of Bay Area art, and its impact on today’s emerging artists?

"Funk art is hot rather than cool; it is committed rather than disengaged; it is bizarre rather than formal; it is sensuous; and frequently it is quite ugly and ungainly." — Peter Selz 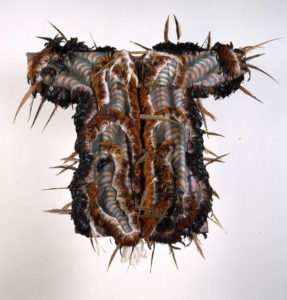